Not *quite* ready to throw in the towel for the 2010 season, I entered the North Face Endurance Challenge marathon relay this weekend in Marin County, CA. I was traveling to San Francisco for work the following week and we knew a few others running the distance events at the North Face (50 miler + 50k). Turns out there were spots open for the marathon relay, hence Team Funky Munky was born. 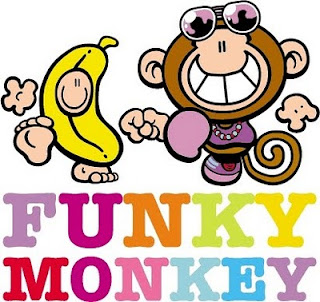 There were of course a glitches. First, I haven't run trail for nearly three years. Next, the relay was actually a four person relay and since Funky Munky only had two members we had to run 2 laps apiece. Easy peasy, right? Oh yeah, and the last one, which was that I had not run further than 10k at glacial pace on flat, flat since the NYC marathon three weeks ago. Pffft.

The race is situated in the Marin Headlands, just north of San Francisco. The course is fairly non-technical terrain sandwiched between the stunning vistas of the Pacific Ocean and Sausalito - we were told to expect five stars of scenery combined with five stars of elevation change!

The marathon relay was four 6.2 mile loops with a profile of one mile mildly rolling net downhill, loong three mile ascent (featuring 900 feet of wind-sucking elevation gain), sharp one mile descent, mildly rolling net uphill for the final mile. Our race plan was quite simple: run munky run! I would lead off, followed by Donovan for a second lap. He would decide at the end of the second lap whether to do two consecutive and I would either enter again at lap three, or pull in the anchor at lap 4.

There were about 40 relay teams and our initial observation of our competition was that they seemed quite fast. Many of the girls looked *tough* and trail-worthy, and lots of them were very seriously warming up before the race. Never mind that I was afraid of sucking wind on the ascent!

The start was VERY fast and I settled to the mid-back of the pack for the first section, which was mainly on the road. Most of the mixed teams had females starting, so there seemed to be about 20 girls in the starting pack, a good number of them blowing past me right away. I looked down and saw a 4:15/km on my GPS - my only thought was whoa, settle down, we gotta tow this thing uphill...this is NOT the time to go blasting out. And this gut reaction turned out to be exactly right. As soon as we hit the trail, the free ride on the downhill stopped. I quickly passed about 6 people whose momentum had totally faded.

It was not all easy cruising though. The hill REALLY sucked. A couple of very strong girls plowed past me at the bottom third and I couldn't even contemplate chasing. I ended up walk/running the top third of the hill (posting some very sexy 7:00/km splits). However, I also realized that no one was passing at the top...which meant everyone else was sucking as much as I was!

The top of the hill at the 4 mile mark featured some absolutely stunning vistas over Sausalito - one could not help but slow down to gawk a little. And then, since what comes up must come down, it was rock and roll time. The elevation gained over 3 miles uphill was lost over one mile downhill. This means one thing: WHEEEEEEE!!!!!! I figured I was about 3 or 4 back of the lead female and ran like a flying banshee, on the verge of being totally out of control. It was exhilarating. Bliss. Wind in my face. By the bottom of the hill, I was lead female. Totally wicked fun. :D

I beat Donovan's expectations of time by about 5 minutes and he was barely in place at the hand-off when I finished my loop. Munky One done. Munky Two, GO!

The course was fast and I knew Donovan would rip it up...no way would he hold off so he could do two consecutive laps, it was just too much damned fun to let 'er rip on the downhill! 46 minutes later, Munky Two signaled that I would be jumping in as Munky Three - he would take a break and anchor.

Let's just say that it was a somewhat less-spunky Munky that took to the trails. We were in third place after Donovan's lap and I knew I was going to have trouble holding our place. My less-than-adequate training gave me what I deserved, as did some stomach cramps on the second ascent. There was more walking than running the second time up...but I did manage to save some WHEEEEE!!! for the downhill. Three minutes slower on the second lap. Still respectable. Go Munky Four!

Donovan lost a lot of spunk on his anchor lap...but we managed a 3:30 and a pretty decent 4th place finish. With 4000 feet of ascent over 44km and our handicap of 2 laps apiece, Funky Munky managed to be pretty OK for a couple of silly ol' road runners!

I give the North Face folks an A+ for a well-executed and organized event - it was a whole lotta fun from start to finish. The shuttle service from the city was quick and flawless (well, aside from the motion sickness induced by a school bus ride in the Marin headlands!), food and entertainment were plentiful, trails well marked and provisioned with volunteers, never mind the were fantastic sponsors (GU, Nuun, Gore-tex and of course, North Face). In true trail running style, the start was a little late and the course was actually a little long, but it was just too much fun to matter!
Posted by richelef at 8:25 PM