That got your attention, didn't it?

After taking most of December off any type of regular training program, it has been a bit of a struggle to find my running legs.  The little voice in my head screaming "I CAN'T!!!" has been quite loud on my runs as of late, and not surprisingly, it has been a self-fulfilling prophecy.  Yesterday, I struggled through a 20 minute brick run (albeit in driving rain and a ridiculous amount of wind) and realized that by constantly beating myself up over being a shadow of my former running self, I was willing myself to be that way.  If you think a run is going to hurt, it will.  Even an inky-dinky little 20 minute run!

Moreover, I was totally fixated on pace.  And again, not surprisingly, it bred disappointment.  If you think you suck...then you suck.

It was time for drastic measures.  Yes, it was time to gear down!

So sorry to disappoint though, this post is not about streaking. ;)

By gearing down, I don't actually mean running sans clothing.  That would just be ug-ly!  (and let me tell you, my running as of late has already been quite ugly enough, thank you very much)

What I mean by gearing down is getting rid of the gadget!  My friend/enemy Garmin 310XT was silenced and tucked into my back pocket, out of sight.  There was no goal time for the workout, no pre-ordained pace and no beeping for lap intervals.  The rules of the naked game work such I was allowed to see the stats only after the run was over, but for the distance of the seawall was just me and my naked wrist.

And oh, how liberating it was not to be reminded of my pace, speed, heart rate, blood sugar, daily horoscope and all other kinds of minutia on a constant basis.  I had almost forgotten how awesome it is to just run.

Get naked.  I dare you.  You'll be surprised at how liberating it is!
Posted by richelef at 9:05 PM No comments:

We spent the final day of 2011 in the winter wonderland that is Garibaldi provincial park.  Lots of snow and mild temperatures made for great conditions to explore the backcountry - add to that some blue sky, sunshine, incredible views and some fun-loving friends and you have a perfect way to send out what was an incredible year! 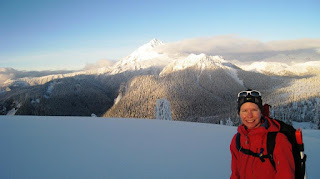 I don't believe in New Year's resolutions, so you won't find any here.

To me, resolutions are empty statements without a will to carry out the action to achieve them.  As a result, they are just...empty.  Only by taking action can we be effective in reaching our goals.  I firmly believe that we alone define the nature of what is possible for us as individuals, and it is the manner in which we define our possibilities that creates a freedom to accomplish anything.

What may seem impossible is never out of reach.

I am thankful for many things in the year past that have reinforced this belief, and in reflecting on the last twelve months, am grateful most for the many positive influences in my life. 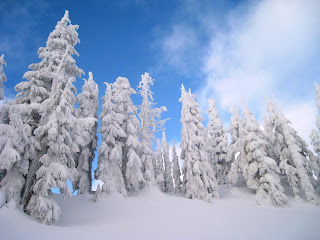