Racing Escape from Alcatraz was an intimidating, challenging and interesting experience, unexpected in so many ways.

Coach Jasper's views on staying grounded in the moment, being positive and having fun made the difference.  This was a race built on a foundation of being resilient...trusting in myself to keep moving forward, and knowing that even if things were not *quite* going well in that particular moment, that there was always an opportunity to change the trajectory of the day.

I decided to make a holiday out of the trip down to San Francisco and check off a Highway 101 road trip off my life's to-do list.  My dad, Bogey and I made the drive down the coast, then Dan traded spots in San Fran and made the return trip via CA and OR wine country.  Amazing drive!! 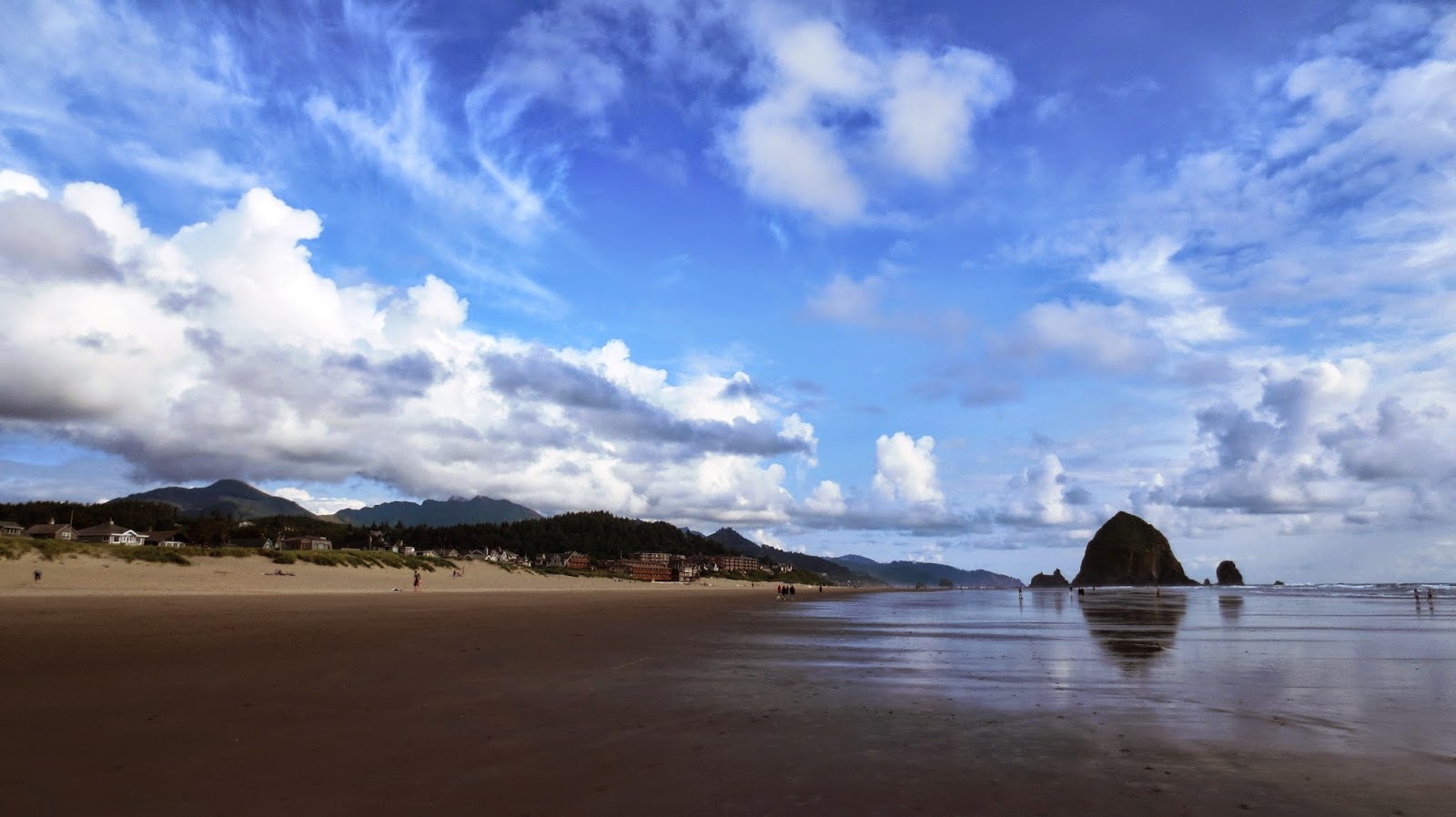 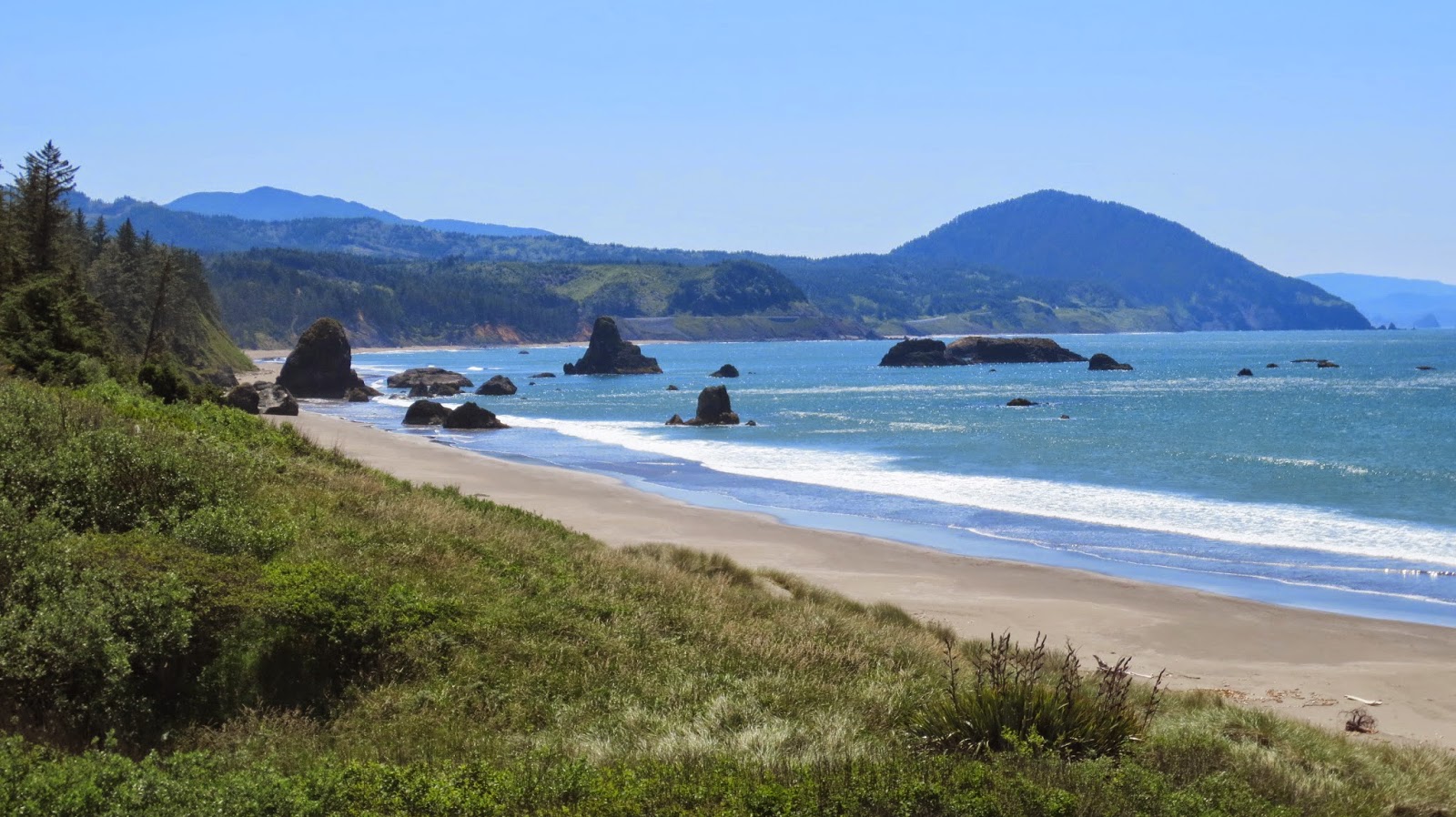 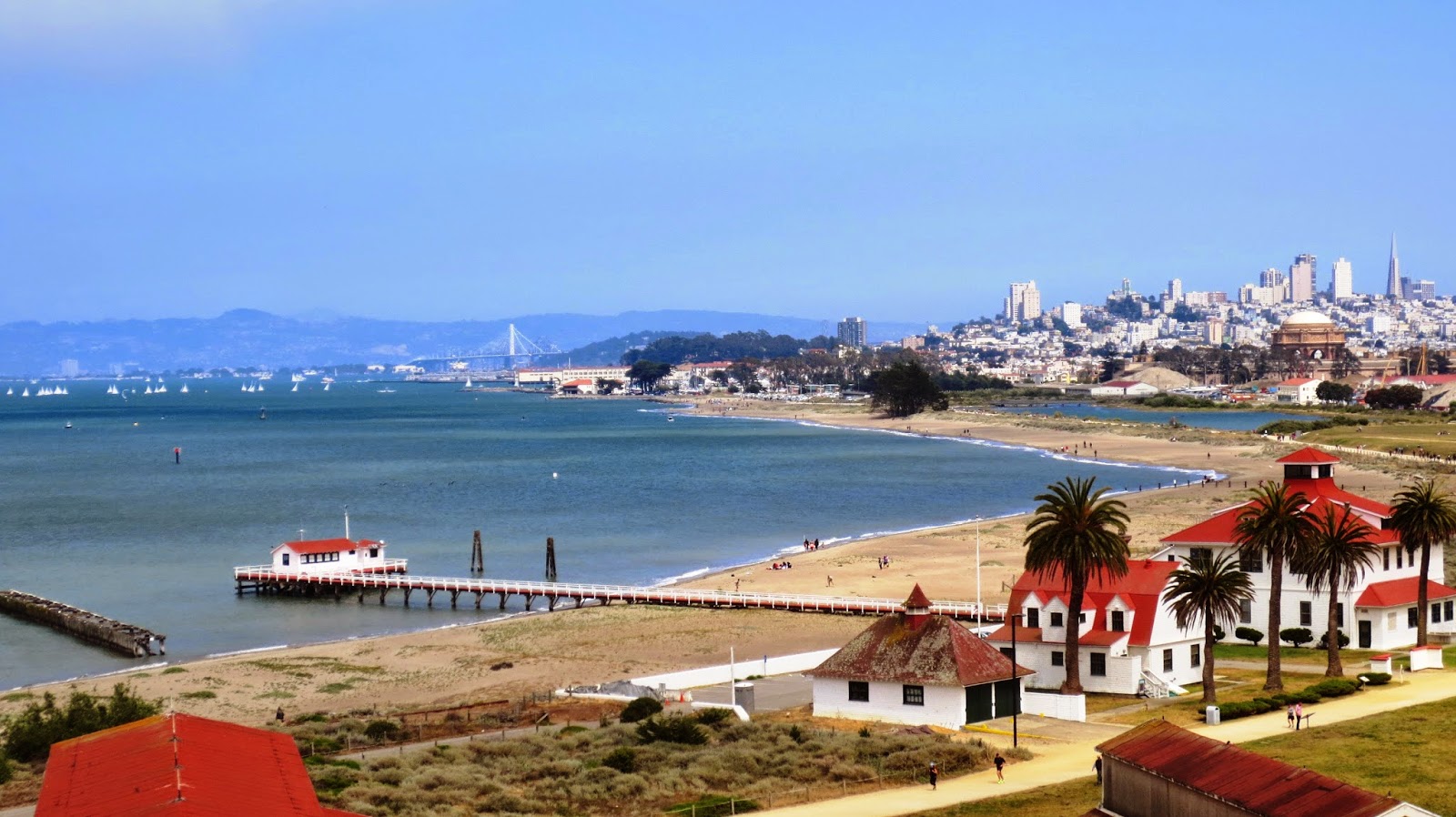 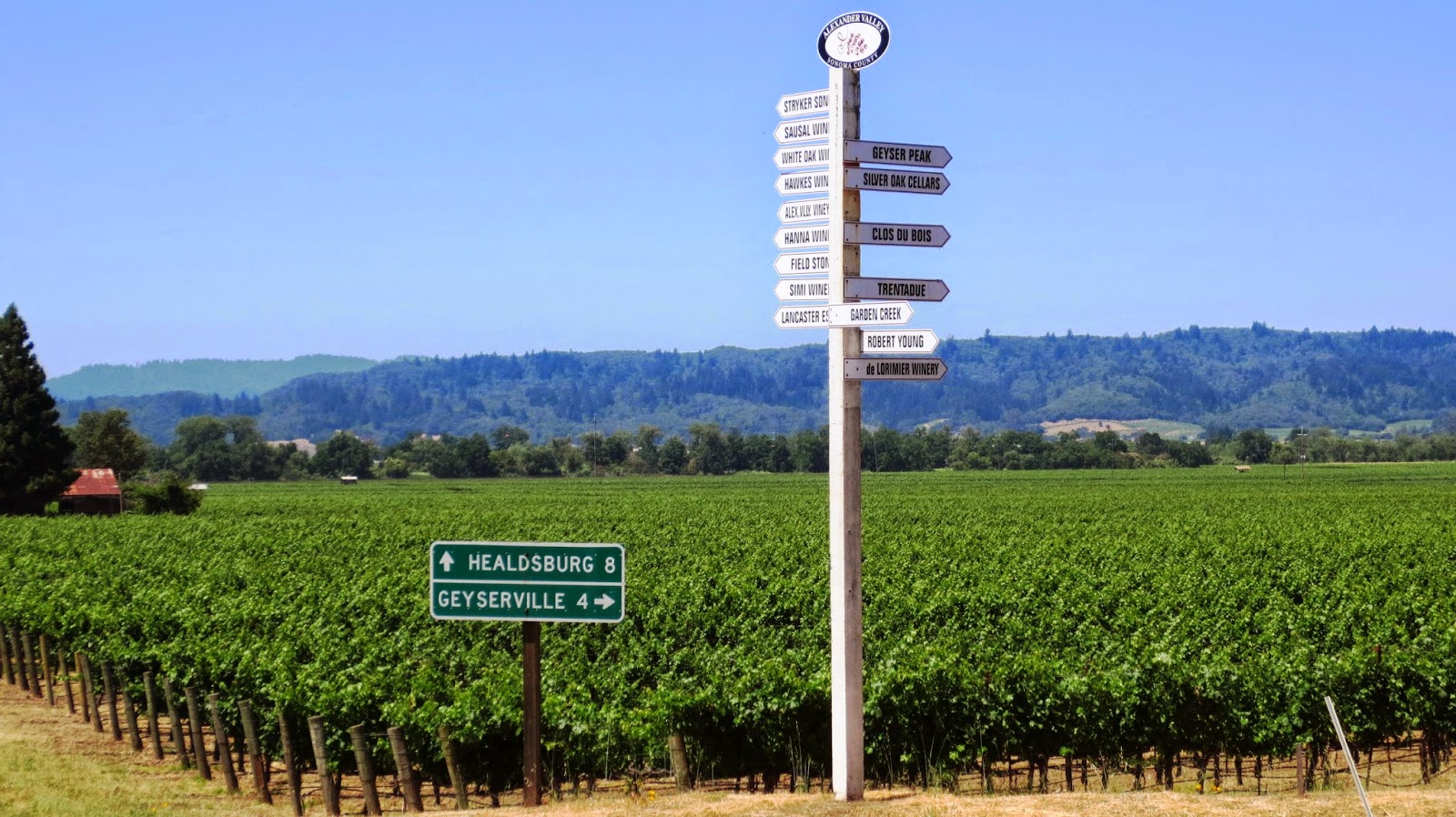 Swimming with the sharks

When I "won" the lottery into the race, I posted about how terrified I was about the swim.  As race day approached, that fear blossomed.  Jumping off a ferry into the shark-infested, frigid bay was getting pretty real.

The first thing I did upon arriving in San Fran was to grab my wetsuit and head down to the aquatic centre to see how cold the water really was.  There were about a dozen triathletes getting ready to head into the water, and I discovered I was the only person gearing up that (a) did not have booties and (b) did not have a neoprene cap.  Stepping into the water, however, I realized that being from Canada is advantageous in that it warps perception of cold water.  The water in English Bay a week previous was definitely colder. #betough

So the Aquatic Centre is not exactly the centre of the bay and the race director did indicate that water temps could vary up to 5 degrees based on the tide pattern, but at this point, confidence was gained.  Hype was forgotten...it's just a swim.  Mind you, I did skip the aquarium tour in favor of remaining blissfully ignorant as to what else may have been swimming in that water.

Maybe it really is that bad...

Race morning was auto-pilot.  Ride to transition, set up transition, get on the bus, stay warm.  I was really happy to have the company of Martina and Paul on the ferry to alleviate the stress and take my mind away from the task at hand.  As relaxing as the ride over was, it still did not stop the involuntary shaking once the ferry arrived at Alcatraz and the wetsuit-lemmings started hurling themselves off the boat.

Once you cross the timing mat on the boat, there is no turning back.  In fact, if you don't jump at the count of three...you are getting pushed.  So over the edge I went. #notgraceful
I was already in shock, so the cold water did not really register.  Focused on the task at hand, I swam off, reminding myself to stay on the left.  Sight to the left.  Breathe.  Stay calm.

After ten minutes of what I would call "manageable chop", the bay turned very rough.  At that point, it was the scariest swim I have ever done, and I panicked.   Every time I put my face back in, I would get flipped around (at one point even swimming backwards). I drank water.  I breast stroked.  I hyperventilated.  Two other swimmers got thrown into me by waves.  I drank more water, was disoriented and was coughing.  It was at this point that I gave up.  I saw a kayak and I started swimming for it.  Done!

Giving up does not come easily at Alcatraz, however.  After swimming toward the kayak without success, I realized I was actually fighting the current to get over there.  Quitting was futile.

I remembered what my coach said about racing...be a flat line, refuse to get emotional, stay in the moment and it will improve.  And you know what?  It works.  After keeping my head down for 5 minutes, the water got calmer.  As promised by the race director, the current dragged me into the shore.  And, as promised by Jasper, things improved.

With a disproportionately long (and tough) swim and a short bike course (only 30k), the Alcatraz race course does not play to my strengths.  Long, hilly, wear-those-fast-girls-down bike courses are more suited to me.

Knowing this, from the get-go my mentality towards this race was as a life experience, not take it seriously, and have as much fun as possible.  Thousands of people apply for the lottery, and getting "picked" is a pretty incredible opportunity to do something [insert here: wacky / brave / stupid].  During my "I quit" moments on the swim, I rationalized why I was there.  I chose to enter the race, and I was going to finish with a smile on my face.

So it was with fun in mind that I emerged from the bay to rip up the Presidio on my R5.  Dan indicated that my T1 photos were of a goo-covered sopping wet girl he was not sure he knew...to which I replied "did you see what I swam in?"

So, I'll save the T1 swamp-monster photos for myself and share a happy bike photo instead.

Once rooted on dry land, I cannot remember ever having so much fun at a race...which is entirely the point of this whole triathlon thing.  It is awesome to feel great, have fun and be able to smile at the finish.

I was so fixated on the swim that I had not focused on what the bike and run would bring.  While that swim is pretty serious, the bike and run courses are no joke either.  Both are fairly technical, very undulating and extremely fun.  Did I say fun?  It was so much fun!

Escape from Alcatraz was an incredibly tough, but fantastic experience.  It was also a good lesson that the best races are those approached with an acceptance of "bad" moments, resilience and an open mind to make the next moment better.  Settling out to have fun, challenging what seems to be impossible at the time and relishing in the moment yields very positive results!

As for the event itself...do not let my swim description discourage you.  This is a must-do, first class race.  2000 athletes, but very little of the pretense or pomp that tends to attach itself to races of this size.  The race director is incredible and upbeat (and everyone gets to finish!), the organization and volunteers were fantastic and the course...well, you can say you escaped Alcatraz! 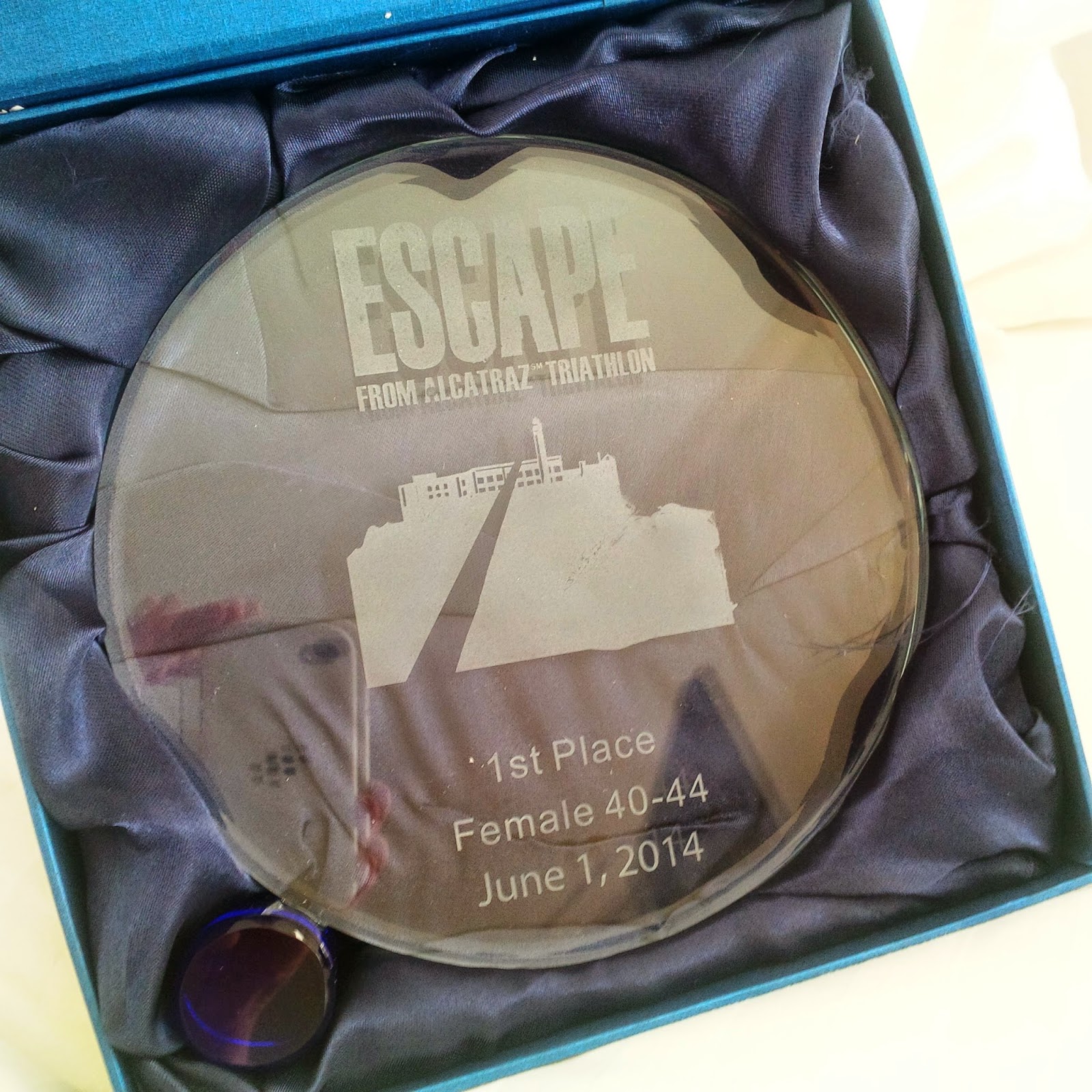 Coach Jasper...for keeping the focus on the right things - being balanced, being positive and living the experience.  Keep being so awesome!

Elladee and Doug at Katana Sports...if you look good, you are fast! #pearlizumi #shimano